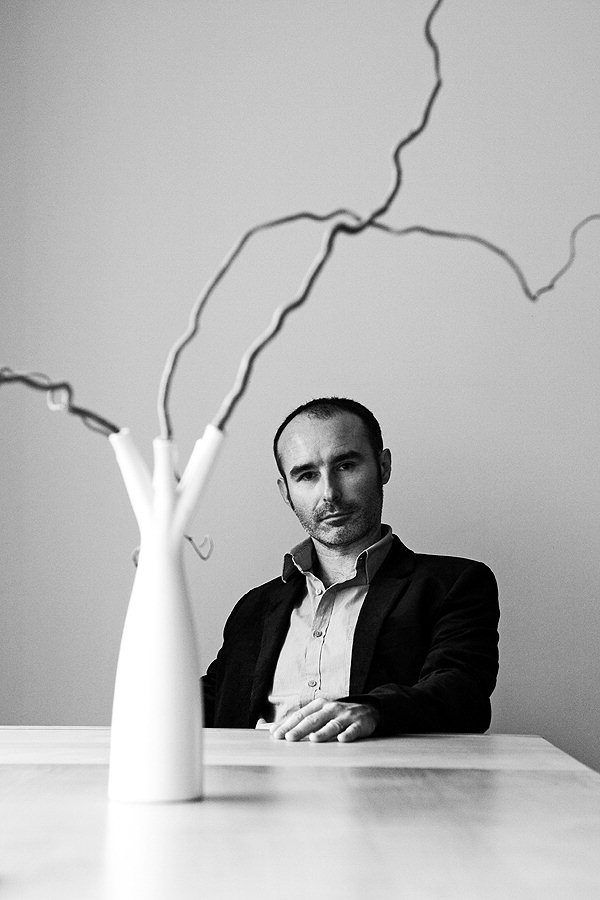 Since childhood Denis Olivier has been immersed in the world of art and photography. A childhood bathed in red light and marked by the "perfume" of the chemicals of the permanent photo lab in his parents' house. His entourage made him discover numerous exhibitions and techniques of expression which will first lead him to graphic design and painting. After a few scientific detours, it is at the school of Fine Arts of Poitiers that he finds in computer graphics, programming and computer generated images a new and fascinating means of expression.

It is Alain Fleig who will introduce Denis Olivier to art photography but also to technique, especially laboratory. Then comes a first solo exhibition and a training course with Philippe Salaün, the renowned Robert Doisneau's developer. While still a student, the first commissioned works, press articles and exhibitions fall. In 1995 he starts to work in architecture and then in web design.

He then continues by doing graphic design and art direction for various digital projects. Then returned to photography in 2005, testing the shooting of landscapes in the infrared, discovering the beauty of the long exposure technique.

The advent of digital photography opens new horizons for him by allowing him to work faster and to give free rein to his digital experiments. Nevertheless, his attraction to film allows him to photograph with a different relationship to time, still personally developing his own films.

The work proposed by Denis Olivier's photographs takes place under the sign of time: a suspended time, a time that passes. He appreciates this stretching of time which is no longer on the scale of human life. The universe that he proposes to us, thus recreated, becomes strangely other, mysterious, romantic, silent, like a distended void which which teaches us the sense of the detail. Silence fills this universe with a human transparency allowing the visitor to develop his own perceptive experience.

He watches, patiently, for sought-after forms, for presences forgotten there, probably for a very long time, unchanging, in this same silence and under these same tumultuous skies. The choice of stripped landscapes makes live in an intense way the slightest details, the slightest traces, like so many forgotten signatures. The composition of the elements creates abstract spaces, the lines and the curves oppose and respond to each other, creating works that are almost totally graphic.

By the rigor of his shooting, the care and the meticulousness brought to the construction of his photographs, Denis Olivier obtains "paintings" pushing to meditation, to a real journey in a suspended time.

Denis Olivier is the founder of numerous projects such as Art Limited.